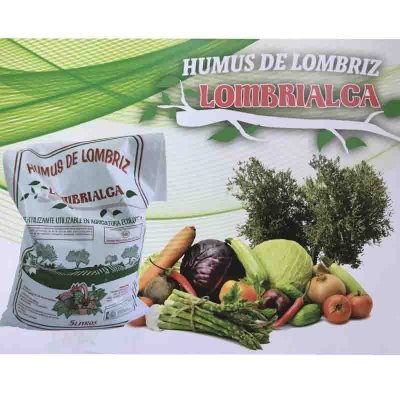 local_shipping FREE shipping on orders over $25.00 shipped by Amazon. Details

The substrate is eco - Humus from Worms Lombrialca has useful properties. Received for the processing of manure from Goats, which after fermentation and you can flip with the addition of nuclei from worms to produce it. Worm humus Lombrialca it is regarded as a fertilizer for use in organic farming and the amendment of organic vermicompost and recommended their benefits and features. Our worm Humus with the beneficial properties of the brand Lombrialca available in two presentations:

1)Smoke worm lombrialca F1 liquid brings useful properties of the plants, with the effect and favor an active and fertile plants of the garden and garden plants. 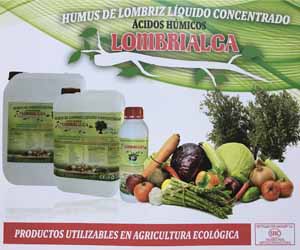 Humus from Earthworms Lombrialca in a fluid is an amendment withdrawing the mixture leonardita and humus earthworms from vermicompot rich in humic acid and organic matter, which provides useful properties of the plants.

It is, moreover, a product that is successful, as plants through the ground. Basically acts as a stimulator of the absorption of nutrients, as well as a stimulant and corrector of faults, as well as the optimal balance of trace elements and a large microbial load from their own smoke, earth worms body.

Do not strew flowers, and remains the yellowish color of the dry leaf. Can be mixed with all products except C, have a very acidic PH.

For olive trees, citrus, vineyards and orchards to harvest to apply the 40/60 L/is applied to the fruit. Through: 0.75-1L for every 100L of water and repeat germination, cheese and fattening. Do not spray on a Plum. in regadio 10-15 L/Ha at each application.

Is obtained by converting the manure of goat, which after fermentation and you can flip with the addition of nuclei from worms to produce it. With the following Qualities: 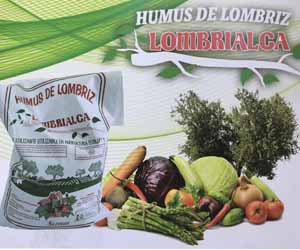 We can add the worm Humus Lombrialca helps to prevent plant diseases, fertilizers, soils, the development of microflora and microfauna. 100% natural vermicompost developed from a mixture of optima manure, goat and sheep milk, which helps to turn root is a natural and beneficial properties for plants and trees.

You may return most new, unopened items within 30 days of delivery for a full refund. We'll also pay the return shipping costs if the return is a result of our error (you received an incorrect or defective item, etc.).

You should expect to receive your refund within four weeks of giving your package to the return shipper, however, in many cases you will receive a refund more quickly. This time period includes the transit time for us to receive your return from the shipper (5 to 10 business days), the time it takes us to process your return once we receive it (3 to 5 business days), and the time it takes your bank to process our refund request (5 to 10 business days).

If you need to return an item, simply login to your account, view the order using the 'Complete Orders' link under the My Account menu and click the Return Item(s) button. We'll notify you via e-mail of your refund once we've received and processed the returned item.

We can ship to virtually any address in the world. Note that there are restrictions on some products, and some products cannot be shipped to international destinations.

Please also note that the shipping rates for many items we sell are weight-based. The weight of any such item can be found on its detail page. To reflect the policies of the shipping companies we use, all weights will be rounded up to the next full pound.

Be the first to write your review !